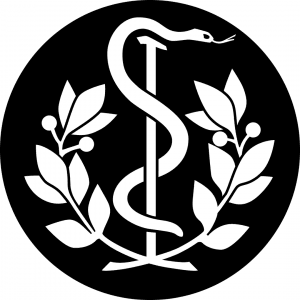 Congratulations to your admission to Karolinska Institutet and welcome to Medicinska Föreningen – your student union!

Whether it’s you’re first time studying at a university or if you have been a student at KI or some other university before, we will be here to make your student life as good as possible! At MF, it is the opinions and ideas of our members that controls and influences our activities, and it is together with all our active members that we make our time at KI and MF unforgettable.

Don’t forget that we also have a students’ and a doctoral students’ ombudsperson who you can contact if you ever feel that you are in a situation at KI when you need support.

At MF we have events and things going on all year. Make sure to follow us on Facebook to keep updated on everything that happens also follow the Reception Committee (MU) and check out the reception schedule to get to know MF in the best possible way! 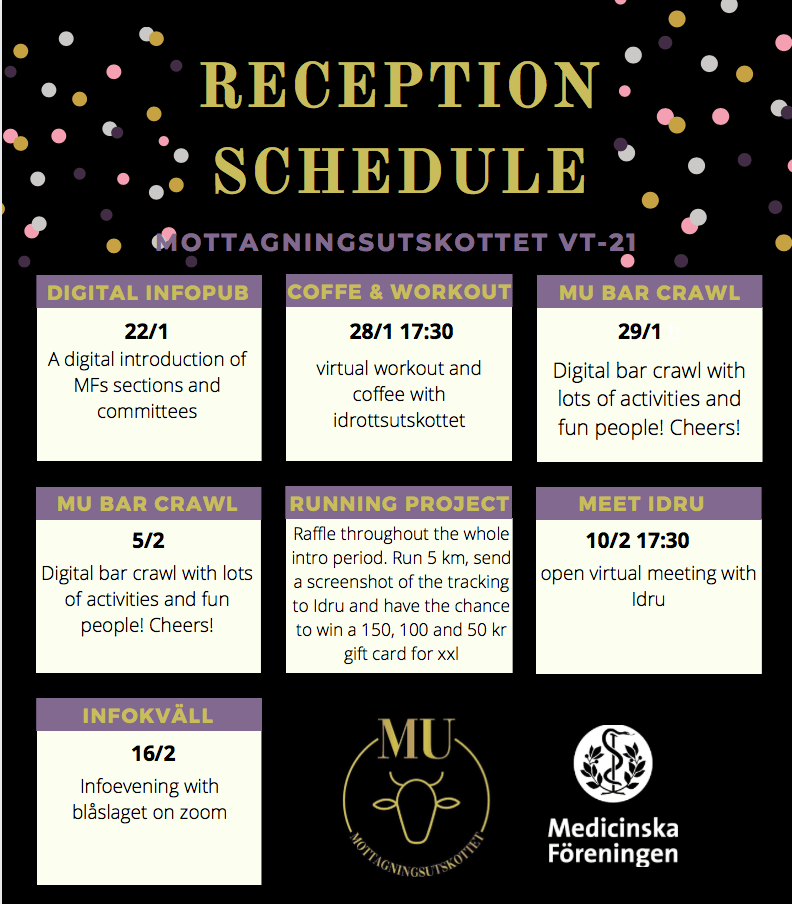 10 reasons to become a member

Except from the fact that involvement in the student union is the best way to meet new people and get new friends, and make your time at KI about more than just studying, we’ve listed a few additional reasons why you should become a member:

Medicinska Föreningen was founded in 1877 and is the oldest student union in Stockholm! MF works daily to make sure that your education keeps the highest possible quality and that we represent the students in several decision making bodies within KI. As a member of MF, you can turn to us with questions about your study situation, the student life or problems with your education.

Karolinska Institutet has two campuses – one in Solna and one in Flemingsberg. Regardless of where you study, you are welcome to the union house Kårhuset in Solna or the corridor Kårridoren in Flemingberg!

MF owns the bookstores on Solna and Flemingsberg campuses – Medicinska Bokhandeln in Solna and Harrys Böcker in Flemingsberg. This means that the prices here are reduced to fit a student budget and that your teachers can tell the bookstores which books to order in before a specific course.

Getting involved in the student union is the best way to meet new friends and to make sure that your time at KI isn’t only about studying! Whatever you like, there is something for you here, and if we don’t have it – contact us and we’ll help you start it up!

It can be tough to find housing in the Stockholm Area, and unfortunately there’s a shortage of student housing and it can take some while to find accommodation. The best advice to anyone who wants to study in Stockholm is to seek out the city’s housing queues, student-specific and others, and get in line as early as possible. A membership in Medicinska Föreningen gives you the opportunity to stand in a student-specific housing queue at SSSB.

Below we have collected information and links to different forms of housing for new students in Stockholm.

Karolinska Institutet Housing
www.kihousing.se
KI Housing offers accommodation for foreign students/researchers at Karolinska Institutet.  You should sign up for the queue as soon as possible (e.g., even 12 months before your starting date) and no later than 3 months after you arrived to Sweden. There is no guarantee that they will find something for you, so it should not be your only option! If you do not receive accommodation through KI Housing, you will have to find housing on your own.

Akademisk Kvart
www.akademiskkvart.se
As a complement to SSSB, SSCO has started up a subleasing agency called Akademisk Kvart. Here you can rent a room or an apartment in second hand and it’s easier to find somewhere to live faster. Although, since it’s subleasing, it might not be as secure as a first hand contract, so make sure to get a signed deal with your landlord.

Stockholm Housing Agency (Bostadsförmedlingen i Stockholm)
bostad.stockholm.se
Stockholm Housing Agency helps those searching for housing in the Stockholm region. Here you can search among different types of housing based on your needs. There are special apartments for youths and students. Everyone who has turned 18 years of age is welcome to register as a housing applicant. The cost is SEK 200 per year and you need a Swedish personal identity number or a co-ordination number. Your location or the fact that you already have housing does not matter.

ByggVesta
www.byggvesta.se
At ByggVesta’s Campus Flemingsberg there are 433 newly built student apartments for both students and researchers. The apartments are between 20 and 80 square meters, and are suitable for single students or students who want to live with their family or a friend.

Huge
www.huge.se
Huge has around 700 student apartments in the Huddinge area, so for students at Huddinge Campus this might be an alternative.