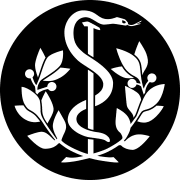 The Nominating Commission prepares applications and nominations for positions of trust within Medicinska Föreningen and student representative positions at central level within Karolinska Institutet, which the Union Council Fullmäktige elects. It is e.g. the positions such as MF’s President, the Board, the host couple and the commissions as well as student representative positions in the KI Board Konsistoriet, the Faculty Board and its committees within KI. Most of the positions are elected at the end of the year, but some positions are also elected during the year.