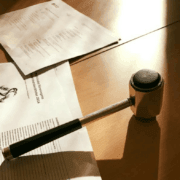 The union council, Fullmäktige (FuM), is the highest decision-making body of Medicinska Föreningen (MF). FuM consists of MF members that together make the large decisions regarding the student union that affect the student life, study environment as well as education at Karolinska Institutet.

FuM meets at least three times per semester to discuss and decide on the overall issues concerning the entire student union, such as the budget, activity plan and election of positions of trust. All MF members are welcome to the FuM meetings, but only members of FuM and union bodies and the Inspector and the Board have the right to speak. The members of FuM are the only ones who can vote. The documents of FuM are in Swedish, but the spoken language at meetings is usually English.

According to 5.5 in the Medicinska Föreningen bylaws (stadgar) a member or union body can put forward a motion to Fullmäktige. The motion is to be sent to the Board latest 21 days before the Fullmäktige meeting where the question is to be discussed. Motions and questions are sent to [email protected].

The meetings of Fullmäktige are led by the speaker who adjusts the voters’ roll, inquires whether the meeting has been properly proclaimed and administers the election of two adjusters and vote counters. Speaker of Fullmäktige is Jens Andersson. To his help he has a vice speaker (vacant), as well as the secretary of MF Evelyn Olander.

The FuM that was elected in the union election in October 2021 was dissolved at an association meeting on January 6th 2022. A re-election of FuM was conducted between February 13th and 20th 2022. The election results can be found here.

According to the bylaws of Medicinska Föreningen, 15 of the 29 seats in the union council are reserved for the sections. All section boards may elect a section representative and a substitute to represent the section in FuM.

The three largest sections; the Medical Students’ Section (LS), the Doctoral Students’ Association (DSA) and the Biomedical Educational Section (BUS) may appoint an extra regular member and an extra substitute. A substitute is personal and can only accede when the section’s regular representative is absent.

Adjusted meeting minutes with attachments can be found in the document cabinet at the student union service desk in Kårhuset in Solna. If you have any questions, please contact [email protected].

All candidates in the public election were assigned a mandate. 15 of the union council’s 29 mandates were reserved for the sections, of which ten were appointed. Three of the remaining mandates were filled by candidates from the general election and twomandates remain vacant for the rest of the mandate period.

The sections are assigned mandates by size, e.g. number of members. The three largest sections, the Doctoral Students Association (DSA), the Medical Students’ Section (LS) and the Biomedical Section (BUS) were assigned two mandates per section, and all other sections were assigned one mandate per section. Each section were also assigned one substitute per mandate, the substitute is personal for the section and can only accede when the section’s ordinary member is absent.

If you consider the polling of this election to have violated the bylaws of Medicinska Föreningen, you may contact Valnämnden via [email protected].