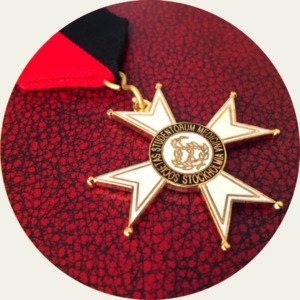 Do you know someone who deserves recognition for their involvement in the student union?

The honorary medal Crux Parva Medicorum is awarded to someone who for a shorter or longer period of time has done invaluable voluntary work for Medicinska Föreningen.

Crux Parva Medicorum is awarded twice a year to a maximum of six recipients at the Amphiox Gasque. The medal can be awarded to members, former members, student union staff and others who have been involved in Medicinska Föreningen. The Board decides whom to honor with the medal. Take the chance to nominate someone you think deserves the award by sending an e-mail containing the following:

Send your nomination to [email protected] no later than the 10th of August. The Board decides whom to honor with the medal.